The Star-Ledger reported on Saturday that the woman killed in a crash on Rt 18 at Georges Rd in New Brunswick was 21-year-old Californian Chelsea Traynor, of Concord, California. Traynor was a sophomore, in the class of 2013, majoring in nutritional science at the university’s School of Environmental and Biological Sciences in New Brunswick, formerly known as Cook College. As of Saturday, no charges were filed against the driver.

Since the Google Streetsview imagery was outdated for this newer intersection I went out and visited the location, took some pictures so I and our readers could get a better understanding of the place and what could have happened to Chelsea Traynot. I went through the crosswalk to cross the northbound local lanes of Rt 18. Going over to the riverside it took exactly one minute to get the walk signal. Upon my return in took only 20 seconds. It also appeared that when traffic turning left from George Stgot the green light, all traffic on the northbound local lanes also came to a halt. I did not observe the operation of the light well enough to say that this was the case with 100% certainty.

It was rather somber to go to a place where someone had lost their life not even a week earlier and I took these pictures and show them here with the greatest reverence to the deceased. 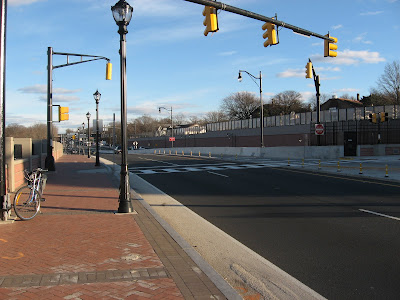 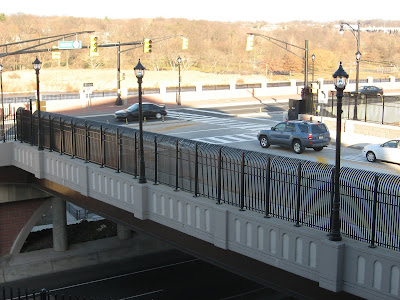 Traffic turning left onto Rt 18 in the foreground. The green signal for these
drivers seemed to bring all Rt 18 traffic to a halt seen in background. 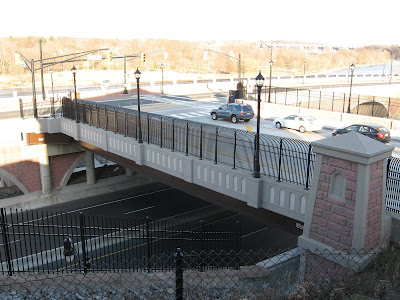 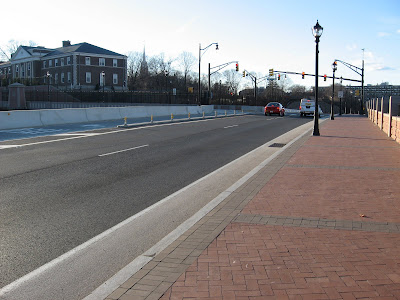 A view of the approach to the intersection with George St. 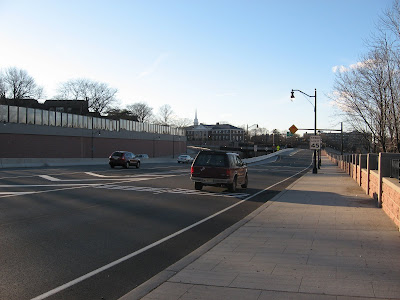 A view of the approach to the intersection but further south along the highway.
Note the posted speed limit.
Email ThisBlogThis!Share to TwitterShare to FacebookShare to Pinterest
Posted by Andrew J. Besold at 8:26 PM