Its been a brutal week for traffic violence in South Jersey communities the past few days. 6 people aged 14 to 85 died between Friday and Tuesday. This weekend we took the time to remember those who made the ultimate sacrifice and mourned the victims of the of the 2nd Isla Vista Massacre (The first one was a vehicular assault in 2001), So please take a moment out of your day to remember these innocent victims as well.

May 24th in Delran 10:30 AM 61 Year Old Emine Osdemir was killed by a 60 Year old driver at Fairview St and Yansick Dr. The driver Maureen Conner Andre was charged with DWI.
Fairview St has no sidewalks. Just 3 months ago Delran approved funds for the construction of sidewalks along this deadly stretch of road.

May 26th at 2PM In Pleasantville  - A car carrying 5 teenagers struck a NJ Transit bus head on killing 3 in the car and injuring 10. The victims were Tevin Campbell, 18, Kira Strider 14 and Amber Fernandez 16. The crash occurred at Franklin Blvd just north of Old Turnpike Rd. Witnesses reported that 18 year old Melissa Rodriguez was traveling northbound at a high rate of speed when her car crossed the centerline and struck the southbound bus. The bus was pushed to the sidewalk where it just missed a pedestrian. Franklin Blvd starts off as a very wide street (42 ft) with very few parked cars but narrows to 32 feet where it struck the bus. With the exception of the centerline the street lacks pavement markings.

May 26th at 7:00 In Camden - 58 year old Lawrence Stark of Clementon was killed by a hit and run driver on the 1500 Block of Pershing St. The driver is described as an Hispanic male with a Goat Tee in his 20's or 30's and was driving a black or dark blue 4 door SUV or Truck with a taped mirror.

May 27th 12:40PM in Winslow Township Rudolph Liberto age 85 was killed by an 18 year old driver from Mount Laurel while crossing Route 73 at East Charter Ave. As of this writing no charges have been filed. Last August 29 an  unidentified 16 year old female was critically injured crossing at the same location.

There is only one acceptable number for traffic deaths and that number is Zero. We must take a data driven approach to eliminate the factors that cause these unnecessary deaths.
Email ThisBlogThis!Share to TwitterShare to FacebookShare to Pinterest
Posted by John Boyle at 9:53 PM 4 comments:

In case you haven't memorized the rules:

So if you didn't read this in time and you wind up stranded somewhere remember that you can take your bike on most buses, ferries, PATH, NJT light rail. Bolt Bus will accept bicycles if space is availabe but Megabus will not carry your bike. And if all else fails then you can summon the UBER car service which has just expanded service to all 4 Jersey Shore Counties .
Email ThisBlogThis!Share to TwitterShare to FacebookShare to Pinterest
Posted by John Boyle at 11:05 PM 1 comment:

If you live, work or bike in these communities then you should weigh in on the Central Bergen Bicycle and Pedestrian Plan. 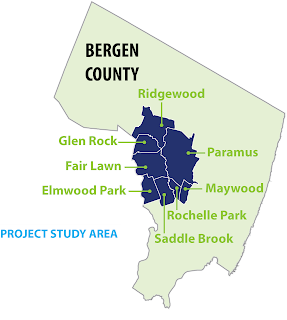 The website includes an interactive map that allows you to draw a desired route, known hazard, missing sidewalk etc.

A public open house which will allow you to talk with the project managers will take place on:
Thursday June 5, 2014, 4 - 7p.m.
Rochelle Park Senior Center
151 West Passaic St , Rochelle Park, NJ 07662
Email ThisBlogThis!Share to TwitterShare to FacebookShare to Pinterest
Posted by John Boyle at 6:10 AM 2 comments:

While CyclePhilly is just starting to measure bicycle trips, Strava's worldwide heat map of cycling and running routes has generated an incredible amount of interest.

It's important to note that this data is a small subset of all bike trips, generally Strava app users tend to be enthusiasts. Zoom in on the map and you will see data gaps in low income and working class neighborhoods. And some of the popular suburban and rural roads highlighted may intimidate casual riders. Still with absolutely no bike traffic data available statewide, this map can be useful for those planning a route and to some degree a tool in bike improvement planning. Even Six Flags Great Adventure, one of the most auto centric destinations in the state has Strava waypoints.
Email ThisBlogThis!Share to TwitterShare to FacebookShare to Pinterest
Posted by John Boyle at 7:04 AM 5 comments:

The Delaware Valley Regional Planning Commission in cooperation with CodeForPhilly have developed CyclePhilly, a regionally based, route choice smartphone app that is now available for download in the App Store and on Google Play. 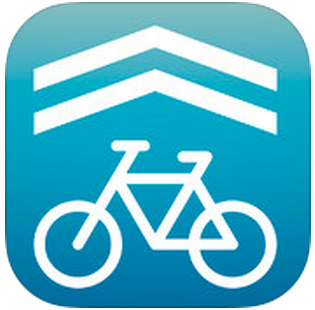 According to the press release "The app records cyclist biking habits such as route and time traveled, as well as the purpose of the trip. The data received provides an additional resource for local planners and agencies in an effort to understand bicycle trends, routes, and trip purposes, implement better bicycle facilities, and connect the region’s trail network, known as The Circuit."

Read more »
Email ThisBlogThis!Share to TwitterShare to FacebookShare to Pinterest
Posted by John Boyle at 6:36 AM 1 comment: