A member of the New York Cycle Club is reporting being ticketed for making what most cyclists would consider a perfectly legal left turn at the approach to the George Washington Bridge at Hudson Terrace.


My friend and I were ticketed on the NJ side of the GWB today (along with at least 2 other cyclists). We were heading south on Hudson Terrace. Shortly before the GWB underpass we got to the left side of southbound traffic to make the left after the underpass. We were NOT salmoning. We're still trying to understand what the correct way to make that turn is. The way we understood it from the cop, we were supposed to stay all the way to the right until the turn?!?! So, um, we were supposed to make a left turn from the right lane? If possible, we're going to fight this, mostly to try to get some clarity. For the record, he was ticketing the salmoners also.

From his description, it would appear the BHafkin made a legal left turn is exactly the way the League of American Bicyclists teaches and in 100% compliance with New Jersey Statute 39:4-14.2. Section "a".  That law states:


Every person operating a bicycle upon a roadway shall ride as near to the right side of the roadway as practicable... however, that any person may move to the left under any of the following situations:

(a) make a left turn from a left-turn lane or pocket;

If one looks at the intersection in question below via Streetsview you will see that the 4 lane road has no signage prohibiting left turns onto the access road to the GWB and the south side walk/bikeway.

Since left turns are not prohibited at the intersection, the left lane is a legal left turn lane and using it by bicyclists to make a left turn is therefore legal under New Jersey Statute 39:4-14.2. Section "a".

Beyond just NJ 39:4-13.2. bicyclists under New Jersey Stature 38:4-14.1.Section "a" , "shall be granted all of the rights and shall be subject to all of the duties applicable to the driver of a vehicle by chapter four of Title 39 of the Revised Statutes..."  This law gives bicyclists the right to operate just like a motor vehicle as long as they are in compliance with other sections of Chapter 4 of Title 39.

Unfortunately this is not the first time cyclists have reported being ticket by Fort Lee Police for operating their bicycles in compliance with New Jersey law.  Several years ago a cyclist told WalkBikeJersey that he was issued a ticket by Fort Lee Police for riding two abreast while he and his wife were riding side-by-side in the shoulder.  Obviously not "impeding" motor vehicle traffic they were still issued the summons despite the fact that Section "e" of the same New Jersey Statute 39:4-14.2.  explicitly allows "to travel no more than two abreast when traffic is not impeded."

In their defense, Fort Lee Police is not the only police department reported to have a weak understanding of the rights and duties granted to cyclists by New Jersey law.  While better outreach and education are needed to teach New Jersey police departments the finer points of traffic law with regards to both bicyclists and pedestrians, a big part of the problem may be due to the greatly abridge handbook officers are given to carry on their person.  I've seen parts of this handbook and the extreme truncation of the laws in this book is confusing and leads well meaning police officers to issue tickets to bicyclists who are actually in compliance with the law.  It would not be surprising if that is what happened here.

WalkBikeJersey would gladly work with state and local officials to help rectify this problem.
Email ThisBlogThis!Share to TwitterShare to FacebookShare to Pinterest
Posted by Andrew J. Besold at 8:19 AM No comments:

New Jersey Opens Up Round Of Transportation Enhancements

The following originally appeared on the Greater Philadelphia Bicycle News:

While the doomday clock on Transportation Enhancements (TE) is ticking, New Jersey has announced one more round of TE that can fund bicycle and pedestrian projects including Circuit trails.

Funds are available for design, right of way acquisition, and construction. Selection of TE projects involves the participation of civic and environmental groups, the transportation community, and other government organizations such as the state’s Metropolitan Planning Organizations. The solicitation letter from Commissioner James Simpson invites those with construction-ready projects.

The application deadline is July 17th. For more information, go to the New Jersey DOT Transportation Enhancements web page.
Email ThisBlogThis!Share to TwitterShare to FacebookShare to Pinterest
Posted by Andrew J. Besold at 7:06 PM No comments:

Call Senator Robert Menendez right now and ask him to save Federal bike and pedestrian funding!

The below comes from America Bikes and is a very short script that they want you to use when you call your senator / congressperson.  Short and sweet!

Email ThisBlogThis!Share to TwitterShare to FacebookShare to Pinterest
Posted by Andrew J. Besold at 8:59 PM No comments:

Riding in East Orange? Come with bells on

Word comes to WalkBikeJersey from our friends at the Brick City Bike Collective, that the East Orange Police are enforcing the following New Jersey state law:

No person shall operate a bicycle unless it is equipped with a bell or other device capable of giving a signal audible for a distance of at least one hundred feet, except that a bicycle shall not be equipped with nor shall any person use upon a bicycle any siren or whistle.

In New York City, the police often use the bell requirement as an excuse to pull over and ticket otherwise law abiding cyclists.  It would appear that the New Jersey law is being used for essentially the same purpose. A much better use of limited New Jersey law enforcement resources would be for officers to pull over cyclists who operate their bicycles illegally and dangerously, or ride at night without lights.  Riding without a bell is none of that.


While a bicycle bell is a polite way to notify pedestrians that a bicycle is approaching, bells are totally useless when warning cars drivers or superfluous as ones voice is often just as effective when warning pedestrians and usually much louder than a bell.

When looked at it in this light, it is clear that this 1951 law is truly archaic and needs to be repealed as it provides no real safety benefit and is only ever used by police as a means to pull over well behaved cyclists.


On a side note:
A BIG tip of the ol' bike helmet to the Mexican / Central American guy who passed and then dropped me on a climb in Atlantic Highlands on Wednesday.  He had a decent road bike but what was truly  amazing was that he was wearing jeans a long sleeve t-shirt in the midday heat!!! Obviously riding for transportation. I was in my finest Italian kit, shoes and bike (yes, everything Italian) and I just couldn't keep up and I'm in pretty damn good shape.  I told him how impressed I was and rooted him on.  He laughed and was soon gone.

I'm totally not worthy.
Email ThisBlogThis!Share to TwitterShare to FacebookShare to Pinterest
Posted by Andrew J. Besold at 1:52 AM 3 comments:

As expected the NJ TRANSIT Board of Directors reversed its restriction on bicycles at low platform train stations. The decision came out of the findings of a bicycle policy committee that looked at bike access. The findings were released to the public several weeks ago and bicyclists were encouraged to show their support for the findings. In a single vote bike access was restored to more than half of the NJ TRANSIT rail stations.

That open transparent process (and the feel good cooperation) was negated by the second recommendation - A back room add-on that appeared for a vote with little public notice, NJ TRANSIT announced new weekend restrictions for bikes. Trains that destine for New York Penn Station between 9 and 12 AM and Trains that depart NY Penn between 5 and 8 PM will no longer allow bicycles. Note that trains that start and terminate at Hoboken and Newark are not subject to the weekend restrictions. We can thank NJ TRANSIT board member Regina Egea for making the new rule slightly less onerous. She successfully moved to shave off two hours of weekend restrictions.

For a look at the complete draft policy (with original hours) see page 28 of the NJ Transit Board Meeting draft agenda.

Show your support to return bikes to NJ TRANSIT trains

Show your support for the recommendations to restore bicycle access to NJ TRANSIT trains at all train stations by attending the next NJ TRANSIT board meeting on Monday, June 11th at 9am at the NJ TRANSIT Headquarters in Newark.

Thanks to over 300 cyclists who signed our petition to restore access bicycle access at low level platform stations, a very responsive and concerned NJDOT Commissioner and NJ TRANSIT Chairman, James Simpson quickly formed a taskforce to see what could be done to restore full access to the trains and other ideas that could help integrate bicycles more efficiently with NJ TRANSIT trains.

While the recommendations are likely to pass the full NJ TRANSIT Board at the June 11th meeting, it would be a great gesture if we could get at least 10 cyclists to attend the meeting to that the Commissioner and the NJ TRANSIT Boards

Email ThisBlogThis!Share to TwitterShare to FacebookShare to Pinterest
Posted by Andrew J. Besold at 5:00 AM No comments: 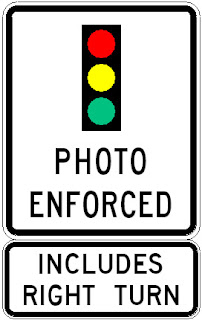 "The Circuit" Promises To Make Trail Connections Beyond The Philadelphia Region

Philadelphia Mayor Michael Nutter and dignitaries from both sides of the Delaware River made the formal announcement for "The Circuit". A 750 mile regional trail network that cover all of the Greater Philadelphia Region including Mercer, Burlington, Camden and Gloucester Counties.

Read more »
Email ThisBlogThis!Share to TwitterShare to FacebookShare to Pinterest
Posted by John Boyle at 12:28 PM No comments: