Thanks to the ongoing research performed by Rutgers Interns at the NJ Bicycle and Pedestrian Resource Center we are now able to track newspaper and internet reports of bicyclists and pedestrians involved in motor vehicle crashes in 2008.

On Valentines day a 62 YO woman was killed at the intersection of Levitt Parkway and US 130 in Willingboro crossing into Edgewater Park at Levitt Parkway. The article was featured in the Camden Courier Post, of course the story was never followed up and we may never know the victims name. 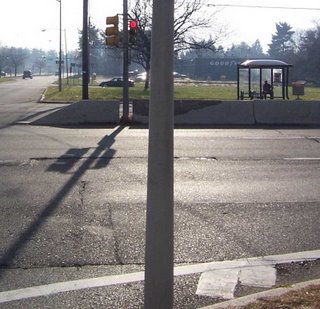 The current intersection note the hyper-extended Jersey barrier (which forces pedestrians into the green lighted traffic) and the occupied bus stop. 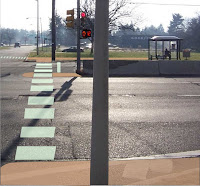