Bike/Ped specific projects 7% of all funded 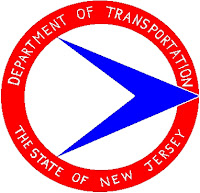 According to a NJDOT press release, 370 municipalities will be receiving local aid grants as part of NJDOT's $200 million Local Aid program. NJDOT received 677 applications requesting more than $246 million for the FY 2011 municipal aid grants.  As could be imagined, competition for the scarce grant monies was fierce, particularly now.  Fortunately, bicycle and pedestrian projects were not forgotten, and in fact were encouraged by Commissioner James Simpson.  I quote:

...towns are encouraged to submit applications for such non-traditional projects as those that support safety, walking and biking and streetscape improvements in their communities. Seven percent of the projects selected for funding were of that type.

The Comissioner also went on to say:


Resurfacing projects will always represent the bulk of the awards, but we were pleased with the number of non-traditional entries because it means we are increasingly recognizing the needs and safety of all who share our roadways

This is indeed great news.  However, I can't help but wonder, of the other 93% of projects, how many of those could or even should have had bicycle and pedestrian improvements integrated into the design scope?  As the commissioner even said, the bulk of the grant request were for street resurfacing, however street resurfacing is often the ideal time to make bicycle and pedestrian safety improvements.  Why dig up a road twice?!?! For example, many experts say that street resurfacing is the perfect time to stripe bicycle lanes (if appropriate for the roadway).

Still, the tone of this press release is extremely encouraging and shows that NJDOT continues down a path of improving conditions for bicyclists, pedestrians and transit users.  In the future it would be great to read NJDOT giving greater preference to municipal governments that take a Complete Streets approach to all grant requests.  However, this is a great first step towards that goal.  I'll take that!
Email ThisBlogThis!Share to TwitterShare to FacebookShare to Pinterest
Posted by Andrew J. Besold at 5:19 PM