How was that Congressional Ride on the D&R Canal?

This past weekend around 50 people joined the New Jersey Bike & Walk Coalition (note the name), the East Coast Greenway Alliance, Trenton Cycling Revolution and the West Windsor Bicycle & Pedestrian Alliance to ride and celebrate the newly-constructed portion of the D&R Canal Path in Trenton. This portion of the Canal was lost long ago when NJDOT covered the canal to build the Freeway section of Route US 1. The new section of trail was built along side an active but rarely used freight line and around several billboards (oddly enough it was the billboards that cause more trouble than the train tracks - watch Rush Holt's comments in video).

Joining the above groups in celebrating the completion of this trail were several elected representatives. Most notable was Congressman Rush Holt (Democrat 12th District) and Assemblywoman Grace Spencer (Democrat 23rd District - Newark / Hillside) (Grace gets extra kudos for coming down all the way from Newark and riding with us. PS - This lady can ride!!).

Here is a video that Paige of the New Jersey Bike and Walk Coalition did of the opening speeches given by the present elected representatives.


Here are some pictures of the ride to the Battle Monument in Trenton from the Brearley House in Lawrenceville, including the new section of trail. Also don't forget to check out the video of the new trail made by John at the Bicycle Coalition of Greater Philadelphia. 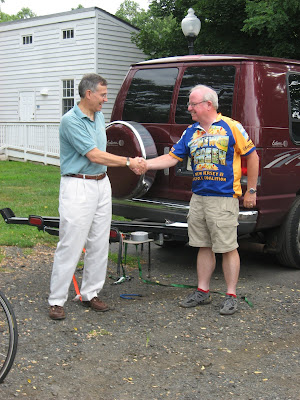 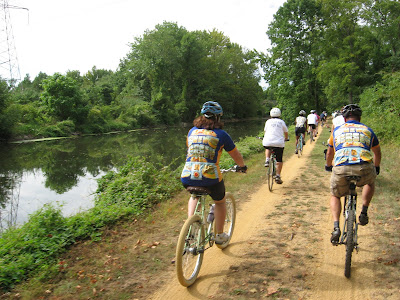 Riders along a well established section of D&R Canal Towpath. 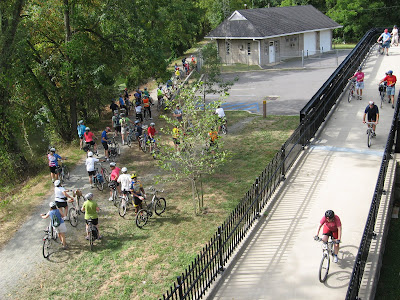 Cyclists ride down the ramp to the bridge over US Route 1. 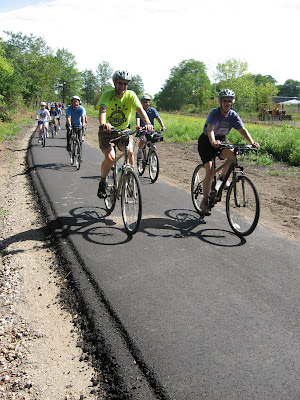 Cyclists enjoy the new section of trail in Trenton. 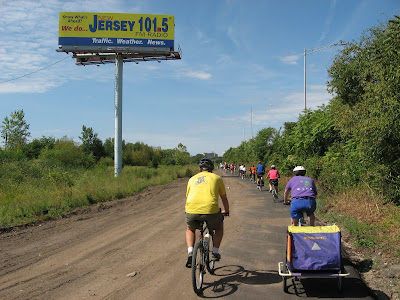 Another view along the new section of trail. 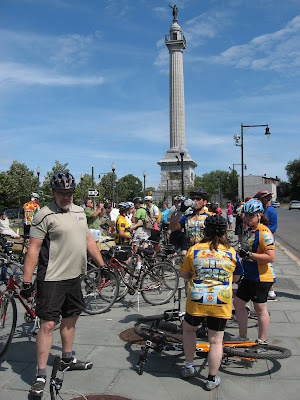 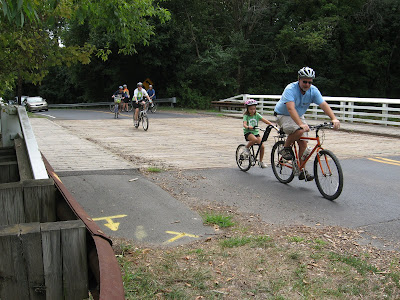 Riders return back to the Bearley House by crossing the canal to continue on the trail.

Email ThisBlogThis!Share to TwitterShare to FacebookShare to Pinterest
Posted by Andrew J. Besold at 2:49 PM